By Candice on April 19, 2013 in Motherhood, Newborn, Olivia, Preemie

With Olivia’s early arrival, we were welcomed into a brand new exclusive club: the world of preemies.  We didn’t ask for this entrance pass and I wouldn’t wish our experience on my worst enemy.  There were endless hours of waiting, grieving, worrying, and coordinating arrangements.

As a mama-to-be, I had heard countless stories of women going past their due date and trying anything to get their labors started.  I had NO CLUE how common the other extreme was!  The March of Dimes currently states that 1 in 9 women will deliver prematurely… I nearly fell out of my chair when I heard this number!  Our own qualitative research immediately validated this high prevalence.  It seemed everyone we talked to about our experience either knew someone that had delivered early or was themselves a preemie!  In my humble opinion, it seems like a knowledge gap exists in providing critical information to women on this reality.  There has to be a way to communicate this statistic so women can prepare their minds and create realistic expectations… all without creating needless worry or planting a seed of doubt into their minds that they can carry the baby to term.

I’ll never forget what the attending neonatalogist told us after Olivia’s delivery.  After explaining a procedure and seeing the worried looks on our faces, he stated: “Olivia will be the person she is meant to be.  She is just going to have a longer story.”  That little nugget of reassurance was such a comfort.

It quickly became clear that the medical goals for our 33 Week-er included:

We are eternally grateful that Olivia’s prognosis was always positive during her time in the Special Care Unit.  We never questioned whether or not she would make it.  All in all, our experience was a CAKE WALK compared to the complications awaiting parents of other premature babies, especially micro-preemies (infants born before 26 weeks gestation or weighing less than 800 grams).  I can’t even imagine, even though I’ve had a first hand glimpse into the preemie world, the roller coaster of emotions that these parents face on a daily basis and the compounding effects of stress.

Olivia’s Birth Story: Part 2
10 Ways to Help a New Mom of a Preemie 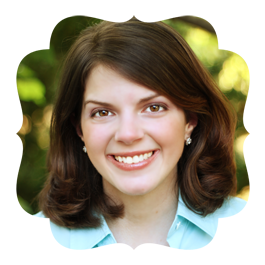 Wife, Mother, Maker of Handmade Cards, Traveler, and Joy Seeker. Thank you so much for stopping by! 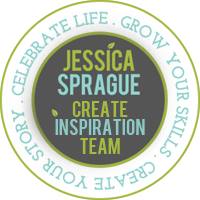